Seeing him live was even better than the recording-his voice is just as smooth but the guitar and full band live was unreal, with long streams of jamming and slight alterations to some songs. His stage presence was just as goofy and fun as one would imagine, with the perfect amount of conversing with the crowd, his bandmates, and of course playing music.

Not surprisingly the crowd went wild and passed DeMarco around for a few minutes before he returned to the stage, only to completely rip his shirt off-WWE style. Both songs had been personal favorites of mine prior to the festival, and seeing him perform them live solidified everything I thought about them and more. Shorts and shirts with various watermelon and pineapple prints seemed to be everywhere.

There were lots of music fans sporting round-rimmed reflective sunglasses, and many are sporting braided hairstyles and glitter on their faces and chests. These were a big hit as the whales sailed over the audience, and were a sight to see as you watched the overhead shots of the crowd displayed on the big screen video boards bookending the stage. At one point one attendee managed to get on top of one of the whales and crowd surfed the whale over the audience.


MGMT has recently confirmed a new record to be released in , the follow up to their self-titled release. Most everything fits in this record's universe, however.

Even, Chuck D, shows love on a track that provides introspective dexterity and jazz fusion production paralleled nowhere else in Ferg's discography. In "World Is Mine" and "New Level" Ferg finds anthems that prove, although he's second in his crew, he can hang with hip-hop's current elite. This album isn't out, yet. But, I've heard it. Its inclusion on this list isn't a point to brag. Consider it, instead, as a heads up!

This record, with its balance between pop and Muscle Shoals-style arrangements, has captured my heart. Heck, it doesn't even have a cover, yet! Despite, I believe it will be a gem in Alabama music, and an anomaly in today's Gulf Coast music scene. Beyond that, the group has retooled some things, bringing in new members, including Duane Betts, son of the Allman Brothers standout Dickey Betts, on guitar. The guy can shred! This South Carolina band has a bit of an Alabama connection, as their manager hails from the Gulf Coast.

And, apparently, they love playing here. Blending country and indie to make what some might call alt-country, this outfit portrays an ethereal part of the South. This, their first full-length studio record, is triumphant in its approach, warranting a toe tap or two from fans who will see them in the sand on Saturday and Sunday. It's a mission statement that demonstrates their perpetual innovation and its effect on the rap world that surrounds them. Fittingly, for their first big retail moment, they make sure to deliver a piece which stands as a step above their mixtape mentality.

Before setting the world on fire with 's "Infinite Arms", Band of Horses conjured up this unassuming, little album. The record feels as s Seattle as any could.

Listen to it alone, with your eyes clothes, and imagine a breeze coming into your bedroom with the sun setting over a nearby lake It works. Believe me. This isn't a typical album.

MAKING OF ANOTHER ONE

Nor is it a typical mixtape, for that matter. It borders somewhere between mash-up album and remix compilation.

Who cares what you call it? It's savvy and left-field.

The combination of the bombastic, DJ crew Major Lazer with the synth-soul of London lady crooner, La Roux, is just so good that it's nasty! Although they've been remixed to death, this set gives them an unlikely dollop of the more familiar. Major Lazer pairs her acapellas with hit rap instrumentals to give La Roux a little more thump. It's sure that Major Lazer won't play any of these remixes at Hangout. 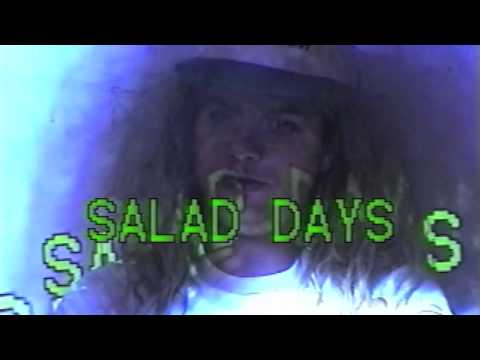 However, each moment of this obscure release are representative of the kind of mix and mash antics and energies that may occur in Gulf Shores, albeit with different source material. The New Respects are a time-travelling group that feels lifted right from that time, brushing up against the early s. I tried to keep EPs off this list, in favor of long plays, but this brief record is too phenomenal to go without mention. See them at Hangout. You'll want to remember what they were like before they were huge.

Siblings, Gracie and Clyde Lawrence, aren't afraid of the funk. They jump knee deep into it, on this album, coated in humid organ strokes and even hotter horns. Don't be mistaken. It's still rock. But, it's rock with a sultry since of certainty.